To use the new feature, the Plume Animation option must be enabled in the Output Pathway window. Separate animations can be made for each source group 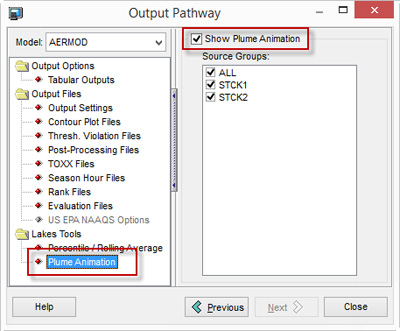 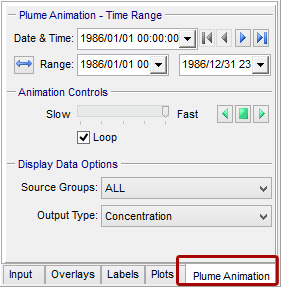 To manually jump from one time to the next, use the blue Time Range controls. The green buttons in the Animation Controls allow you to play the plume animation forwards or backwards.

To record and playback a plume animation video:

The Multimedia Options dialog will appear and remain on top of all other layers in the software.

Step 2: Select the desired Frame Rate (the number of frames per second that will appear when the animation is played). Higher Frame Rates will play much faster.

Step 3: The Advanced Settings allow you to choose color depth and compression options. Modify if necessary.

Step 4: In the main display, set up the animation controls to the point where you want the recording to begin. You can also modify the Graphical Options to make changes to contour settings and more.

Step 5: When you’re ready to begin, click the Begin Recording button in the Multimedia Options dialog. You will then need to hit the Play button on the Animation Controls.

When the recording is complete, you can view the AVI file by selecting the Play button from the Multimedia Options dialog or by using the Multimedia | Play Recording menu option. 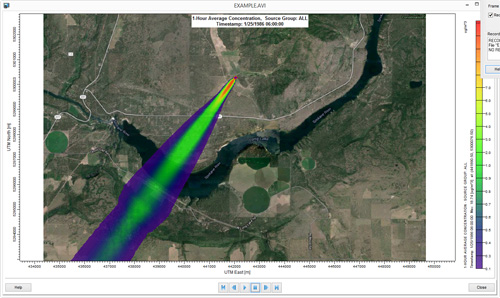