Wednesday, May 22nd, 2019AERMOD View, Met Data, Modeling Tips
AERMAP is the US EPA’s terrain preprocessor for the AERMOD modeling system. AERMAP reads digital terrain data (e.g., USGS 3DEP [formerly NED] digital elevation models in GeoTIFF format) and calculates base elevations for sources and receptors and hill height scale factors for receptors. An integral part of executing AERMAP is identifying the files which will cover the modeling domain and satisfy these calculations.

The modeling domain is the geographic extent that includes all the sources and receptors specified in an AERMOD modeling project. At a minimum, modelers must include digital terrain files which cover the modeling domain. AERMAP will fail to run if any portion of the domain is not bounded by a digital terrain file. In addition, AERMAP expects the modeler to define a large enough terrain extent to properly calculate hill height scale.

AERMAP allows the user to set the domain to be processed. In the Terrain Processor, this is handled via the AERMAP tab in the AERMAP Domain Options group box. 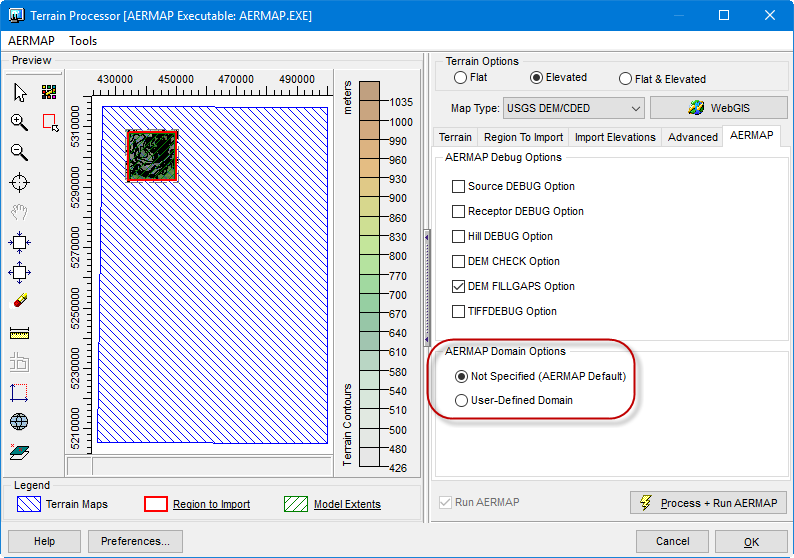 There are two options: