Sunday, December 15th, 2019AERMOD View, Modeling Tips
Dispersion within urban environments has different characteristics than that occurring in a rural environment. The urban boundary layer will behave in a more convective, turbulent manner during the hours just after sunset due to the urban heat island effect. AERMOD has capabilities to model this boundary layer by enabling the urban dispersion coefficient.

AERMOD uses population data to estimate the magnitude of the urban-rural temperature difference / urban heat island effect. In addition, the model allows users to define which sources are located in an urban region.

Guidance on defining an area as urban as well as calculating the population for input to the model can be found on the U.S. EPA’s website:

Follow the steps below to define urban areas in AERMOD View.

Step 1: On the Control Pathway, go to the Pollutant/Averaging options. Under Dispersion Coefficient, select Urban. 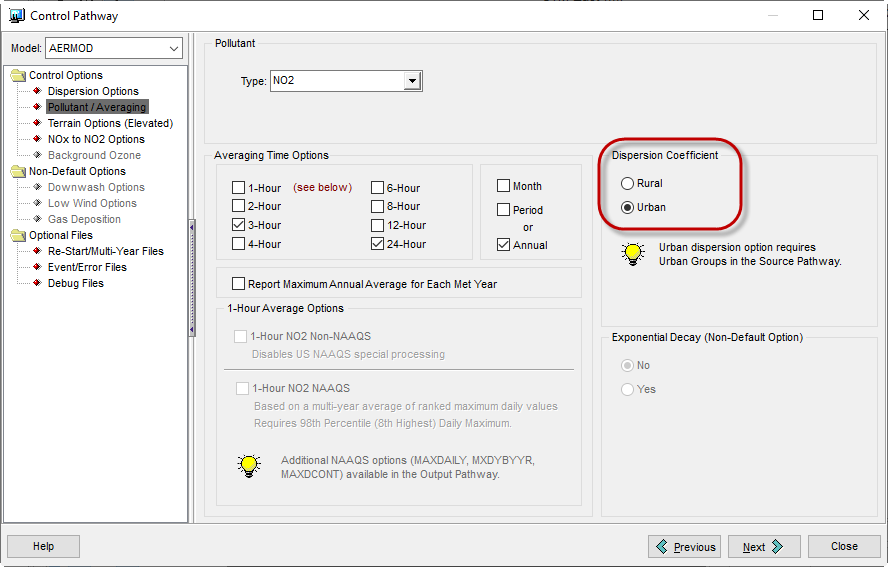 Step 2: Head to the Source Pathway and select the Urban Groups settings.

If using the User-Defined option, the group definition is similar to defining Source Groups. First, add a new group by selecting the New button. Then, select the source or sources and add them to the group using the Add button. 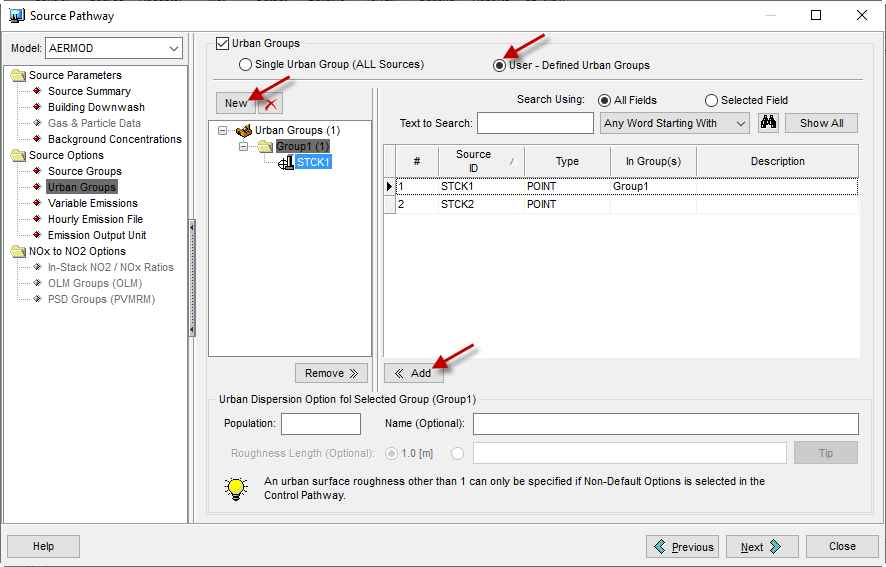 Defining Custom Urban Groups
Step 4: For every Urban Group, you must set a Population value. Section 5.2 of the AERMOD Implementation Guide defines the process for setting this value.

Step 5: Each group can also have an optional Roughness Length defined. Per the AERMOD Implementation Guide, modifying the default value of 1.0 meter requires justification as an alternative model.

Once the groups and populations are defined, you can run the model.