Monday, June 28th, 2021AERMOD View, Modeling Tips
Numerous versions of the AERMOD model have been released over the years. These updates include new algorithms, enhancements to existing features, bug fixes, and more. New model versions are published by the US EPA to the Support Center for Regulatory Atmospheric Modeling (SCRAM) website. In the United States, the newly published model officially becomes the preferred version of the model.

There are many situations where a modeler may wish to use an older version of the AERMOD executable. For example: 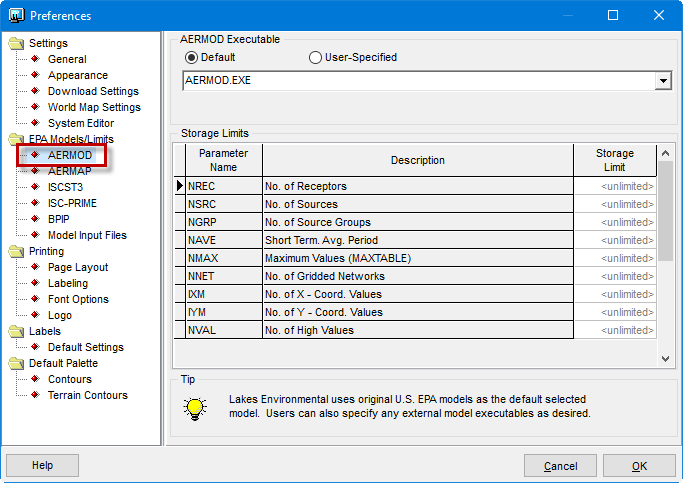 Step 3: The default executable is AERMOD.EXE which represents the 32-bit version of the most recent US EPA executable (currently 21112). Since the version 18081 release, the EPA has included both 32-bit and 64-bit compilations of the model. If your computer runs a 64-bit operating system, you can choose the X64 model.

Select the drop-down list to see all available model executables. 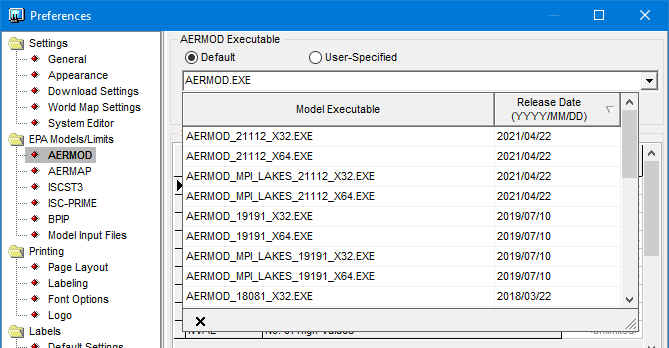 EPA Figure Describing Potential Process for Model Option Progression
Step 4: Select the version of the model you want to use. Executables named AERMOD_MPI_LAKES_xxxxx.EXE represent the parallelized version of the listed model number. This version is developed by Lakes Software and is included free of charge for AERMOD View users who have a computer with multiple processors (see installation instructions for further information).

Note that the selected version is ‘sticky’. You will continue to run with the selected executable until the next time a change is made.

Step 5: Users can also select their very own recompiled version of AERMOD by selecting the User-Specified radio button. Use the Browse button to search your computer for the desired executable. When modeling with a User-Specified executable, it is the user’s responsibility to verify all the proper model options are selected.